In Germany, the EuroVelo 6 leads along sections of the Rhine Cycle Route, the Hohenzollern Cycle Route and the Danube Cycle Route as far as Passau. Following rivers, EuroVelo 6 vists Ulm, home to the tallest church tower in the world, and Donauwörth, with what is considered one of the most beautiful streets in southern Germany. It also passes through the spectacular scenery of the Danube Gorge. A UNESCO World Heritage site, Regensburg, is the route’s next port of call. Almost a thousand monuments in the town's old quarter serve as a reminder of its Roman heritage, merchants and saints.

Public Transport and Bicycles in Germany

In Germany, bicycles are usually accepted on regional and long-distance trains, but the number of bikes is limited, especially on IC trains. This should be considered during the high season of cycle tourism along the Danube. There are cyclists who reserve their bike tickets one year in advance. The regional "Donautalbahn" train in Baden-Württemberg and Bavaria provides plenty of space for bike carriage and is an excellent public-transport option for cyclists.

See the green logos on the map and the 'Public Transport' section below the map for a list of train stations, bus stations and mobility information centers in Germany along EuroVelo 6 - Atlantic-Black Sea!

The ADFC is a nationwide, Non-Profit-Organisation with over 200,000 bicycle-enthusiastic members whose shared aim is to make the roads safer for cyclists and pedestrians. Besides encouraging environmentally-friendly and therefore sustainable forms of transport, the ADFC provides advice on all aspects of cycling. This includes advice on buying a bike, technology and cycling accessories, tourism-related and political issues. 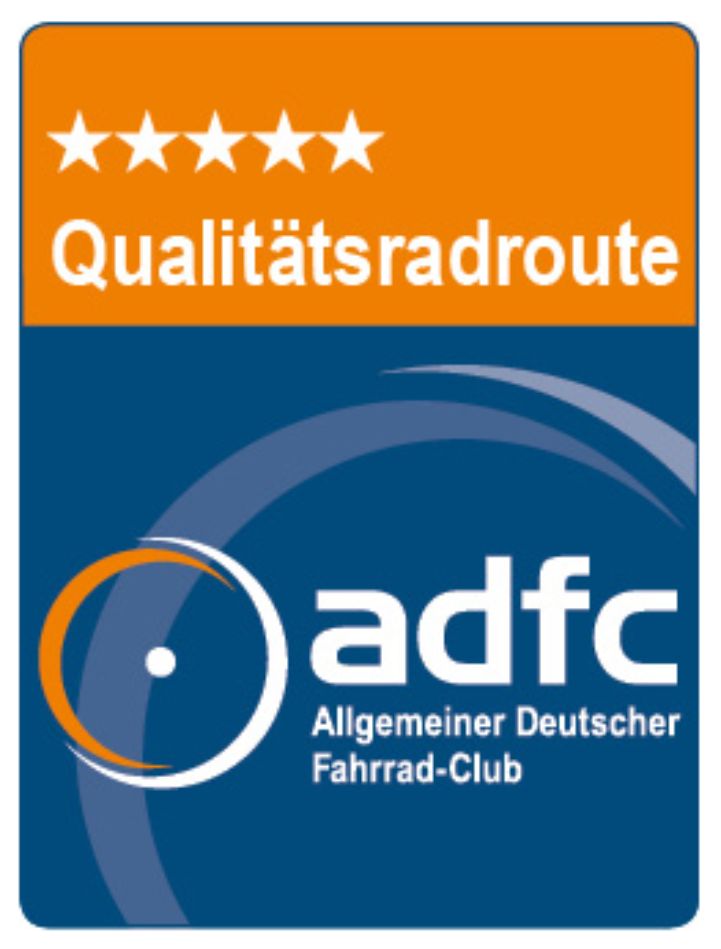 On the online presentation of the ADFC's brochure you will find a selection of the most beautiful bike routes in Germany.

Around 5,800 hotels, guesthouses, youth hostels, nature houses and camping sites are tailored to the needs of cyclists. Guest companies meeting ADFC quality criteria are marked with a sign at the entrance.

The DZT has promoted Germany abroad on behalf of the federal government for more than 60 years. It advertises the touristic diversity of Germany throughout the world. It therefore advertises for one of the biggest and most popular brands - the travel country Germany. A selection of attractive long distance cycle routes can be found on www.germany.travel with route descriptions and references of Bed+Bike establishments.

The varied tour through the Rhine Valley passes through countless vineyards and mostly directs cyclists along routes away from busy roads. The motto of this cycle route is “Enjoy nature”. The flora and fauna of the Kaiserstuhl hills along with the countless vineyards will allow cyclists to forget their everyday stresses. The Rhine Valley Cycle Route follows the course of the Rhine, passing along the borders with Liechtenstein and Austria before arriving at Lake Constance. 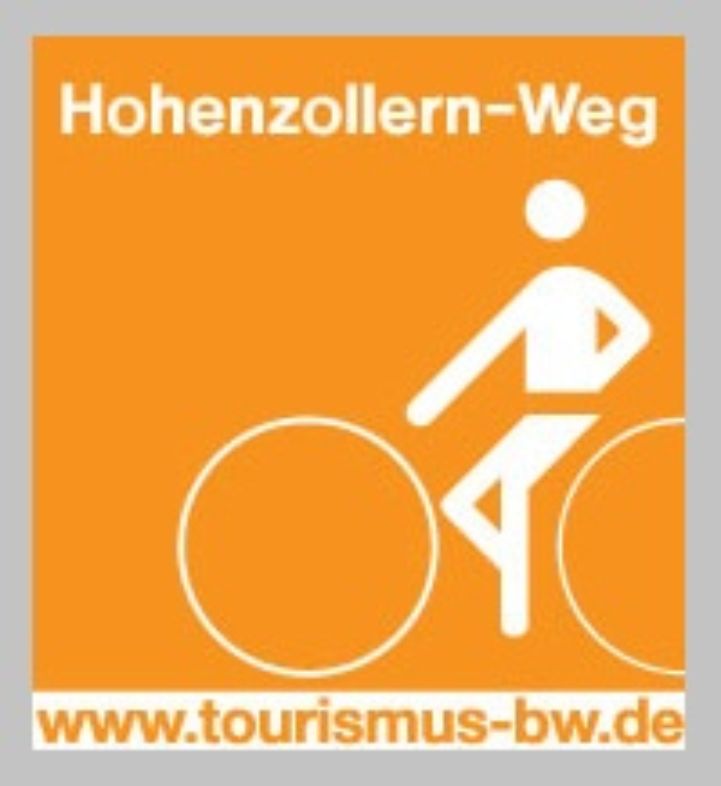 From the Danube to Lake Constance. Tuttlingen’s local mountain, the Witthoh, is the only hill on this section of the route. The route is then almost entirely downhill, whereby the considerably milder climate that prevails around Lake Constance can be felt the further one travels. The tour then continues along the Stockacher Aach tributary of the Rhine to Ludwigshafen beside Lake Constance where the Hohenzollern Cycle Route ends.

From Tuttlingen, the Danube Cycle Route continues on to Ulm where the tallest church spire in the world (forming part of Ulm’s minster) can be visited. Countless historical monuments lie along the route that then passes through Ingolstadt, Regensburg and Passau before arriving at the border with Austria. In 2006, UNESCO added the Regensburg ensemble of the old town with the Stadtamhof district to its list of World Heritage Sites. 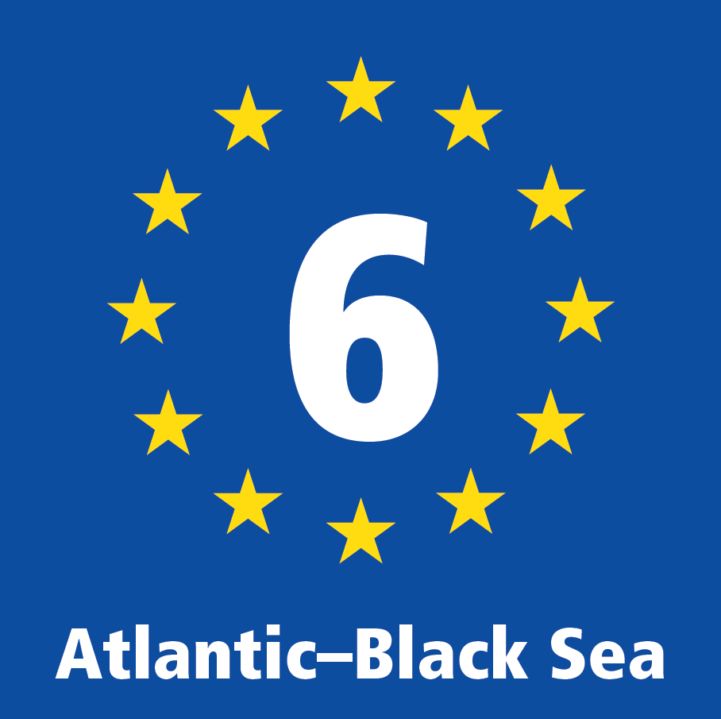 Cycling map in German covering the cycling route between the Rhine and the Danube. Region: Lake Constance, Baden-Württemberg. Scale: 1: 75,000. Weatherproof and tearproof. 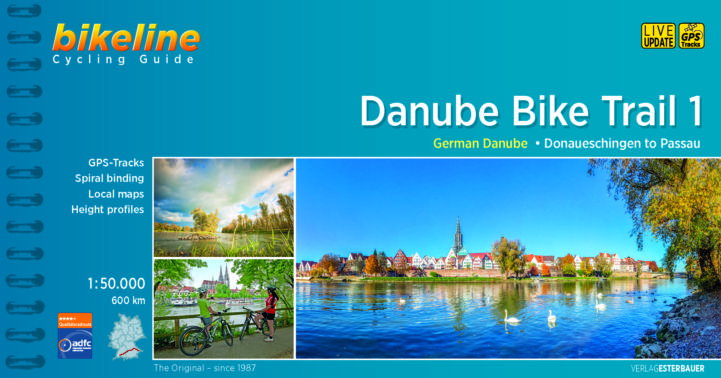 Guide written in English and describing the 600 km from Donaueschingen to Passau. It includes 59 precise maps and detailed route descriptions on a scale of 1:50.000, numerous references to the cultural and tourist attractions and an extensive accommodation and services directory. A characteristic of the bikeline cycling guides is their landscape format combined with the patented spiral binding system, weatherproof and ideal for the handlebar bag. 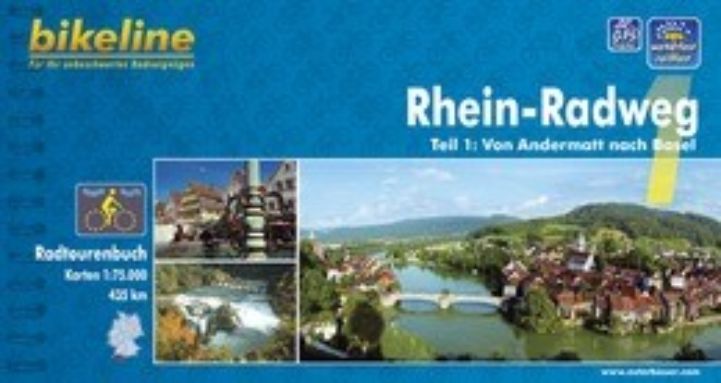 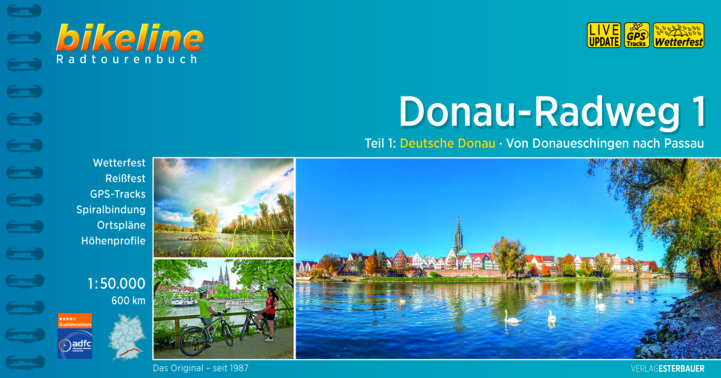