After entering the Netherlands, the Rhine splits into several branches before making its way towards the North Sea through the wide delta it shares with the Meuse and Scheldt rivers. The main river - the Waal - is one of the busiest waterways in the whole of Europe. Also worth highlighting is the River Linge which snakes its way through the orchards of the Betuwe region. Riding alongside the rivers, cyclists can take in and enjoy the countryside, visit little harbour towns or the city of Rotterdam and its important sea port. There is also a 100 km River Waal variant of the route from Millingen through Nijmegen to Vuren.

Download here the full GPS tracks of EuroVelo 15 - Rhine Cycle Route in the Netherlands and start planning your next cycling holidays!

Public transport and bicycles in the Netherlands

The Netherlands has extensive and well-organized public transport. On the map you can see the bus and train stations along the route.

In the Netherlands, you can take your bike on the train on weekdays outside peak hours, at weekends, on holidays and in July/August. Tickets can be bought at NS self-service ticket machines available at train stations. For more information check: www.hollandcyclingroutes.com/practical/cycle-transport-and-repair 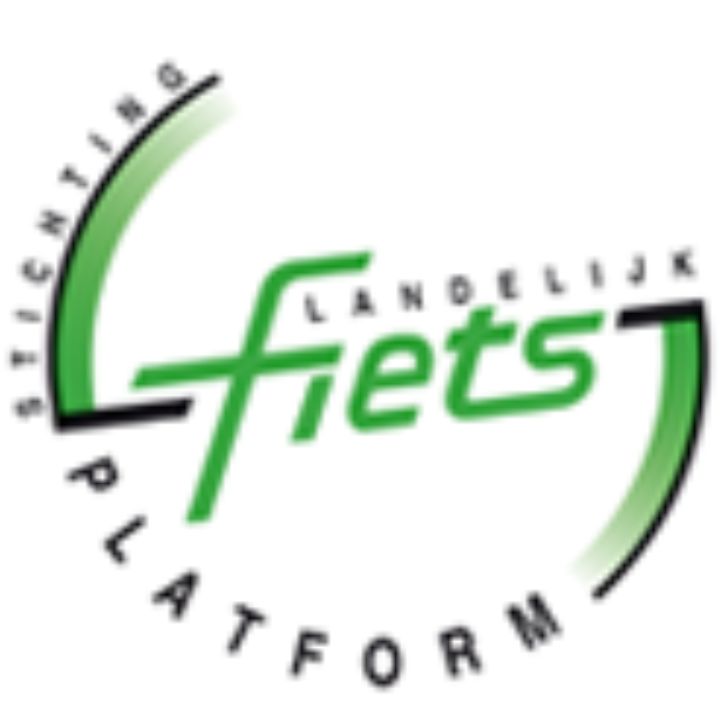 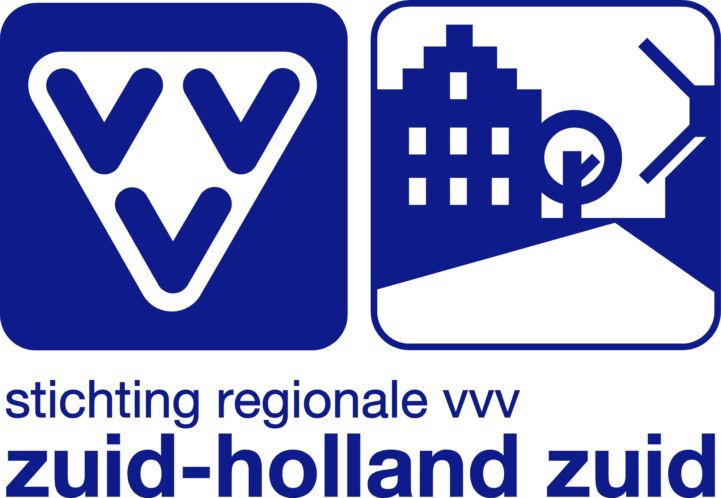 If you would like to know something about an interesting trip somewhere in the Netherlands, naturally you go to the VVV [Tourist information office]. the VVV can give you detailed information about the whole of the Netherlands. At the VVV shops you can get guides, maps, charts and street plans which give you information regarding cycle routes, accommodation, watersport and sightseeing. Affordable souvenirs are also for sale. 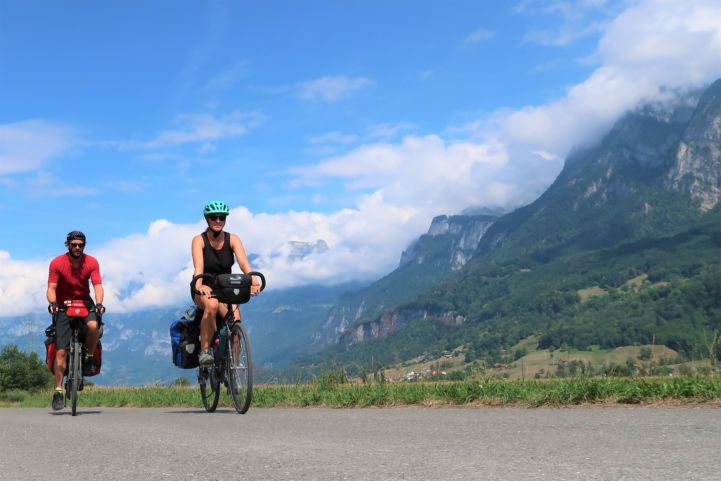 This is the story of Mat and Harriet, EuroVelo users, and how they fell in love with travelling by bike. The idea of cycling across whole Europe seemed fascinating, and they decided to follow the EuroVelo routes all the way from their home in London, UK, to Turkey. This was only possible thanks to … 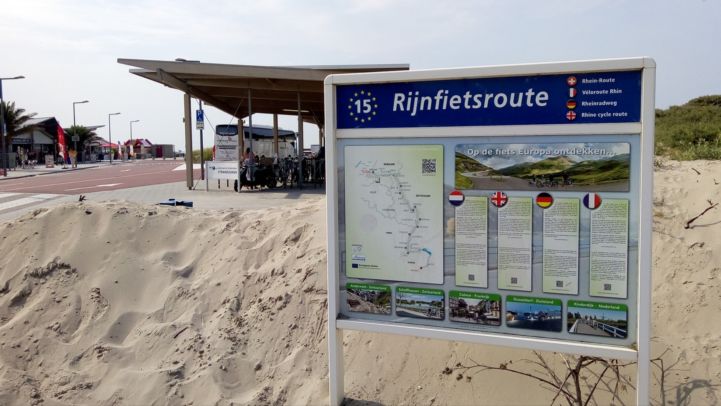 Three of our colleagues cycled along EuroVelo 15 - Rhine Cycle Route this summer, offering us the opportunity to continue our “EuroVelo Insider Tip” series. The ECF’s Infrastructure Officer Aleksander Buczyński did the stretch in the Netherlands, where the Rhine widens into a large delta.

Base map of the LF route network

A cycle atlas for a (multi-day) cycle trip in the Netherlands. The complete LF route network and all cycle junctions are mapped out on a set of waterproof unbound maps (scale 1:100,000). Cycle-friendly accommodation providers are also included. Armed with this map, all you have to do is follow the LF signs. All the way, the Rhine Cycle Route can be recognised by the blue strip with the name ‘Rijnfietsroute’ at the bottom of the LF signs. 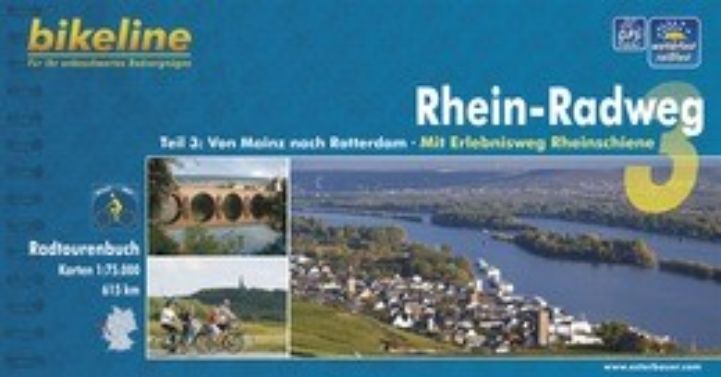 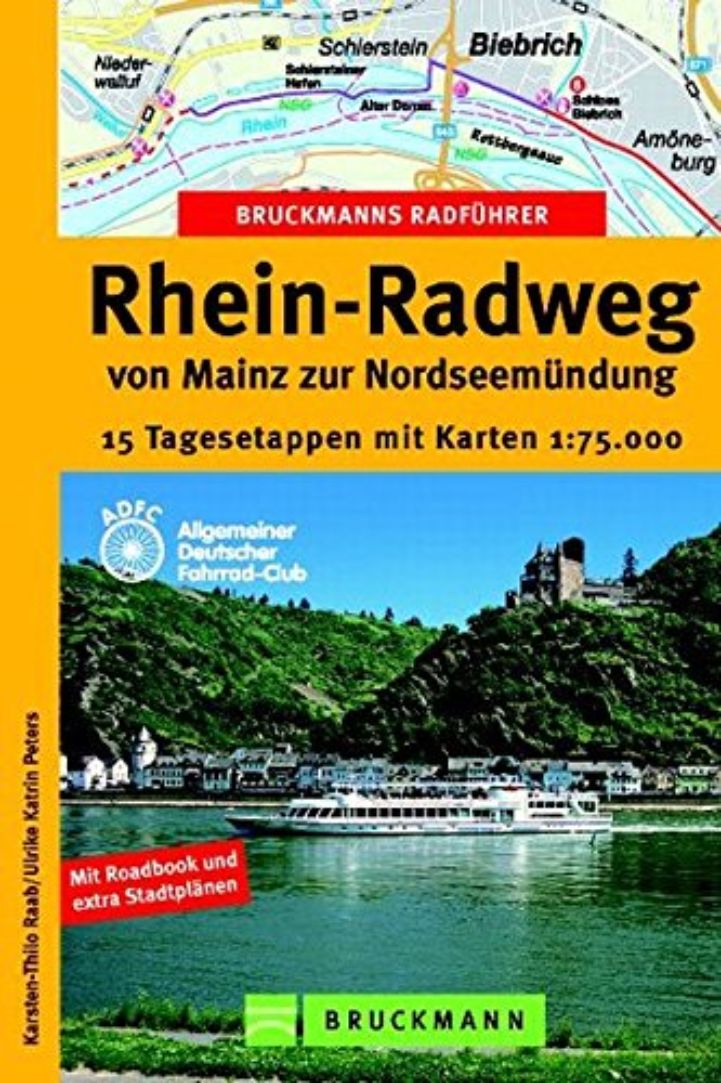 Individual, detailed map to every stage of the tour with exact course of routes on a scale of 1:75,000. Important information to course of paths, geographical and cultural peculiarities, as well as many overnight accommodations. Numerous site- and city maps simplify the orientation, spiral-bound. Language: German. Available at local- and online book stores

Official EuroVelo flyer with route description and map in multiple languages (English, French, Dutch and German). To request a free printed copy of the older flyer, please send an email to info‎@‎romantischer-rhein.de 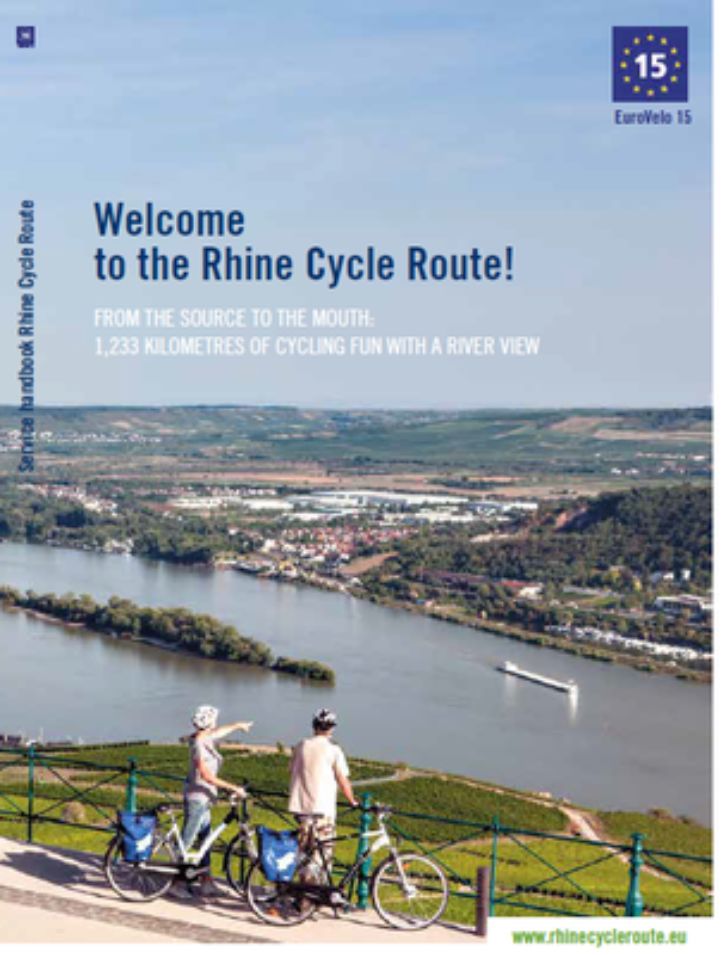 From the source to the mouth: 1233 kilometres of cycling fun with a river view. You are looking for cyclist-friendly accommodation close to Andermatt? You are interested in seeing Düsseldorf’s sights? You fancy trying Alsatian “Flammkuchen” in Strasbourg or wine in Rhineland Palatinate or perhaps you would like to rent a bike on the Dutch coast? Step by step, or better put stage by stage, you will find all the transnational information as well as helpful tour tips and tricks. 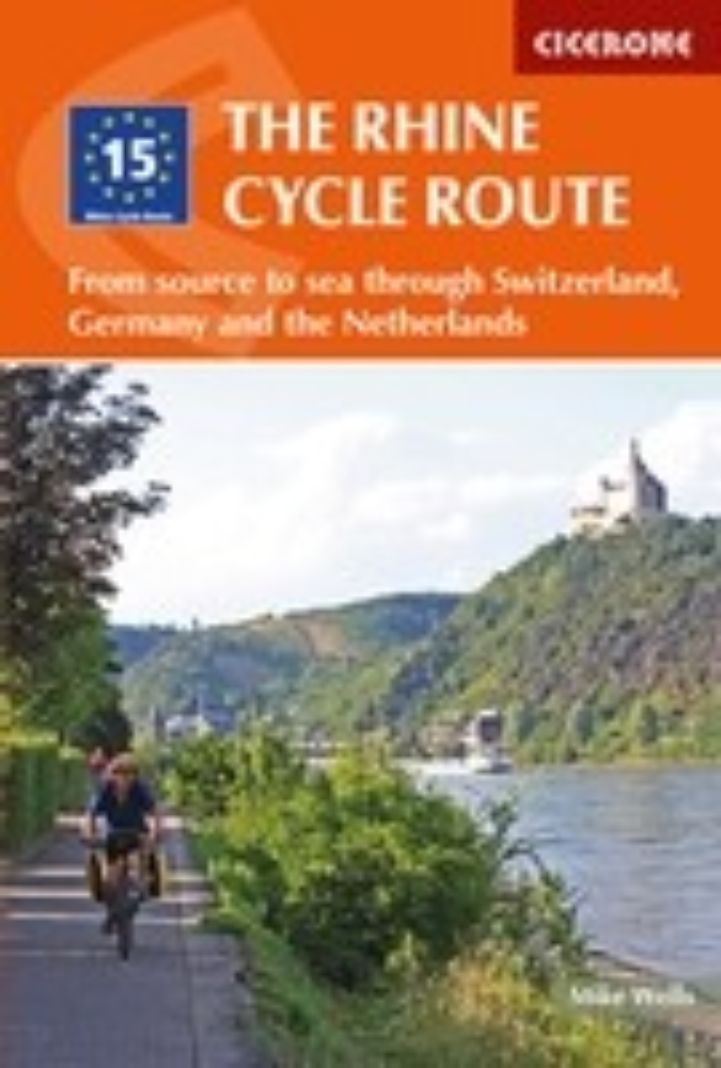 The guidebook contains stage-by-stage instructions to the full route from the river's source in the Swiss Alps to the mouth in the Netherlands. There are clear map extracts and detailed route descriptions, to direct the cyclist along the entire route. Also included is practical information about accommodation options, amenities and services along the route, plus details of historical and cultural points of interest. 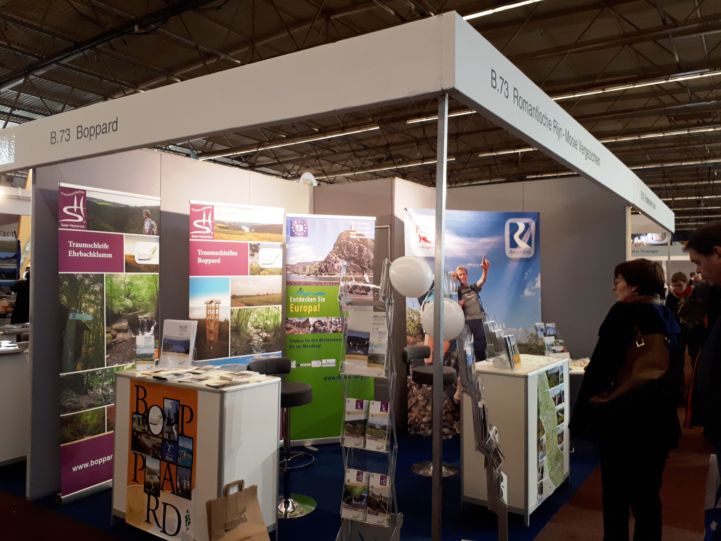 The Fiets en Wandelbeurs fair in Utrecht is an exhibition for cycling and walking vacations. Numerous exhibitors present everything related to walking and cycling. In addition to various accommodations and overnight stays, the offer also includes exciting travel offers, equipment and accessories for outdoor activities, as well as ferry bikes and e-bikes and related cycling equipment. 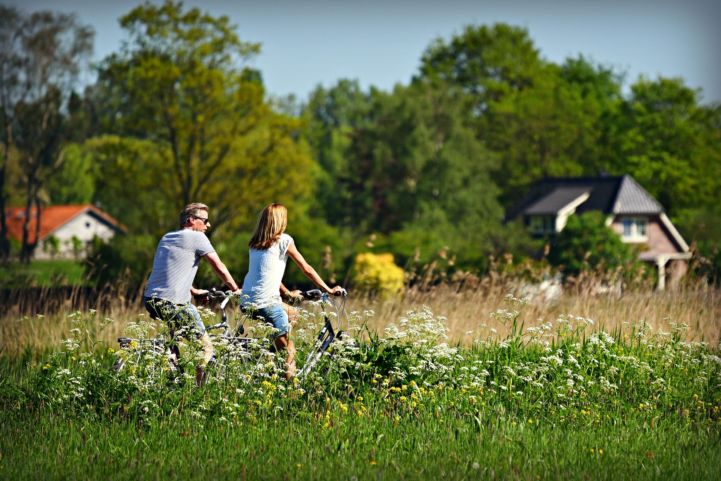 For the 29th time the "Lower-Rhine Cylcing Day at Rhine and Mass" will take place on the Lower-Rhine and the neighboring Netherlands on 3rd July 2022. Every year on the first Sunday in July 30.000 cyclers take part in this free event for the whole family. On over 80 marked routes with different length the cycle paradise between Rhine and Maas can be discovered by bike. ©pixabay 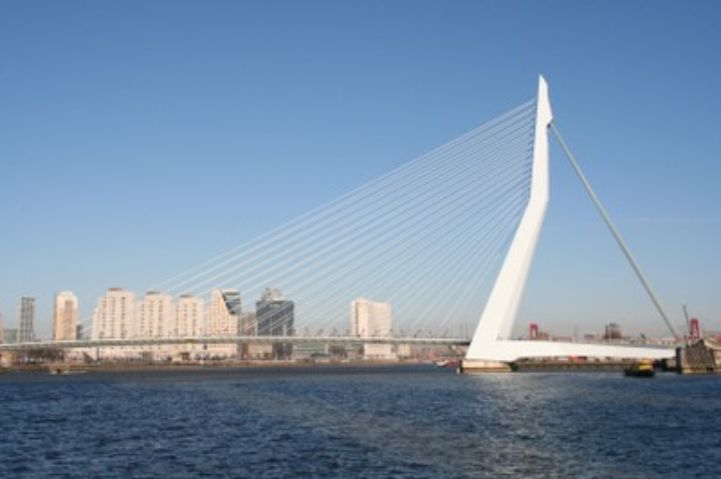 A varied route past historical places, beautiful fortified cities and typical Dutch polder landscapes. The cycling route will take you from Arnhem to historical towns such as Oosterbeek, Wijk bij Duurstede, Buren, Gorinchem and Dordrecht, past typical polder landscapes and ends in Rotterdam. Possible highlights of the tour include the Airborne Museum Hartestein, Doorwerth Castle, Loevestijn Castle, National Park the Biesbosch, the mills of Kinderdijk and the final destination Rotterdam.